History of the canonization cause 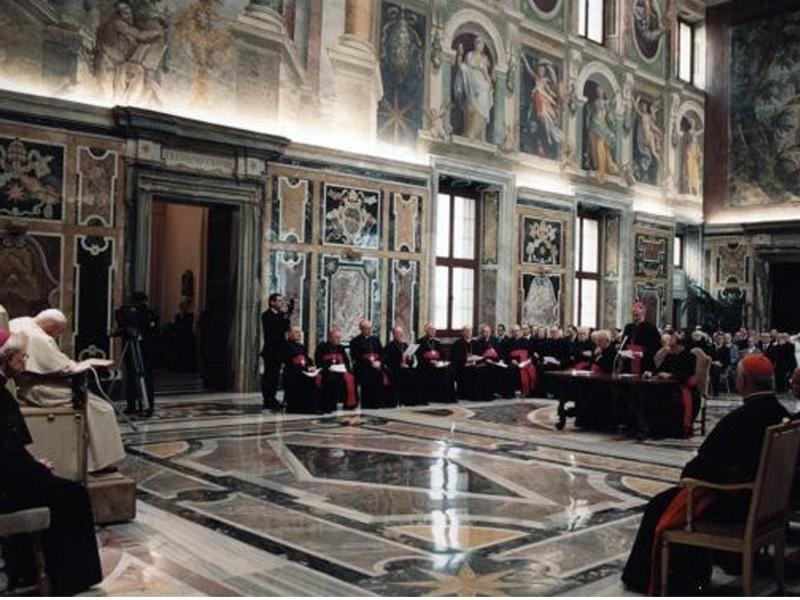 23rd June 1987 – The Decree for the opening clearance of the Canonization Cause about Father Luigi Monza is issued by the Congregation for the Cause of Saints to the Archbishop Carlo Maria Martini. The Postulator is Father Luigi Mezzadri who takes the place of Father Serenthà died in 1986

3rd October 1987 – Mons. Renato Corti, General Vicar in the Diocese of Milan, announces the opening of the Process to the Diocese

24th November 1987 – The Archbishop Carlo Maria Martini solemnly opens the Diocesan Process. Three process are organized: one to look for the writings of Father Luigi, another one to collect information about his heroic virtues and his miracles and the last one to verify that no one has never worshipped him

23rd February 1991 – The Diocesan Canonization Process is closed at the presence of H.G. Card. Carlo Maria Martini
Between 1991/1997 – In this period a group of people work to prepare the “Positio super vita, virtutibus et fama sanctitatis”, a book with about 700 pages in which are written the biography of the Servant of God, the “Information” (a study  which proves through persuasive subjects that the Servant of God has lived in an heroic way the Christian virtues), a choice of his writings, a study on his personality, a study on the Secular Institute founded by him and a study on his reputation for holiness.

22nd June 1997 – The “Positio super vita, virtutibus et fama sanctitatis” is consigned to Congregation for the Causes of Saints. The book has been realized with Mons. J. L. Gutierrez  supervisor of the Cause.

20th December 2003 – His Holiness John Paul II signs and issues the Decree which declares the Servant of God Father Luigi Monza as Venerable.
Meanwhile a miracle is presented to the Congregation for the Causes of saints. The miracle has happened in Heidelberg in 1959-1960 to Paolo Peroni

26th November 2004 – The Positio is examined by a Commission of doctors who express a positive opinion. The same opinion is expressed by the Commission of Theologians and the Commision of Cardinals and Bishops.

19th December 2005 – His Holiness Pope Benedict XVI consigns to Josè Saraiva Martins, Prefect of Congregation for the Causes of Saints, the Decree about the miracle attributed to the intercession of the Venerable Servant of God Father Luigi Monza.

December 2006 – The Pope Benedict XVI promulgates the “Apostolic brief”, the Official Act of the Beatification, text written on the parchment and sealed with the Papal Seal. It is an important document which ratifies in an official way in the Church the Beatification Cause of Father Luigi Monza.